Earlier today I was reflecting on the distinction between expectations and exposure.

Most of us naturally assume normal distributions. We look at a few data points, plot the minimum, maximum and compute a rough average in our head. We then draw a virtual bell curve in our mind. This works for things like human life expectancies, dart throwing, or odds of surviving a leopard attack. However, there are times when things are abnormal.

The first and most natural step I find myself using is what I call a magnitude test. While a given situation may have a 70% chance of occurring, the magnitude of the 30% outcome could be substantially larger. This is where most people’s brains go astray. People say things like “the odds of success are low.” Or my favorite, “most people don’t do that.” They stop with this thought and do not take the important step of pondering the magnitude of the exposure. How much does it matter?

Business failure rates are a commonly mis-quoted statistic. I’ll make my contribution here: Suppose a 70% failure rate in five years. Then assume a tripling of your earnings as an owner compared to being an employee. A 3x payout by a 30% frequency has an expected payout of 0.90 whereas the 1x payout 70% of the time is equivalent to a 0.70 return. Thus, you should expect a positive return to this unlikely outcome. But alas, many of these small business failure rates are incomplete. In fact, if you filter the data for companies that have just one employee, you find the frequency of success is greater than 50%! 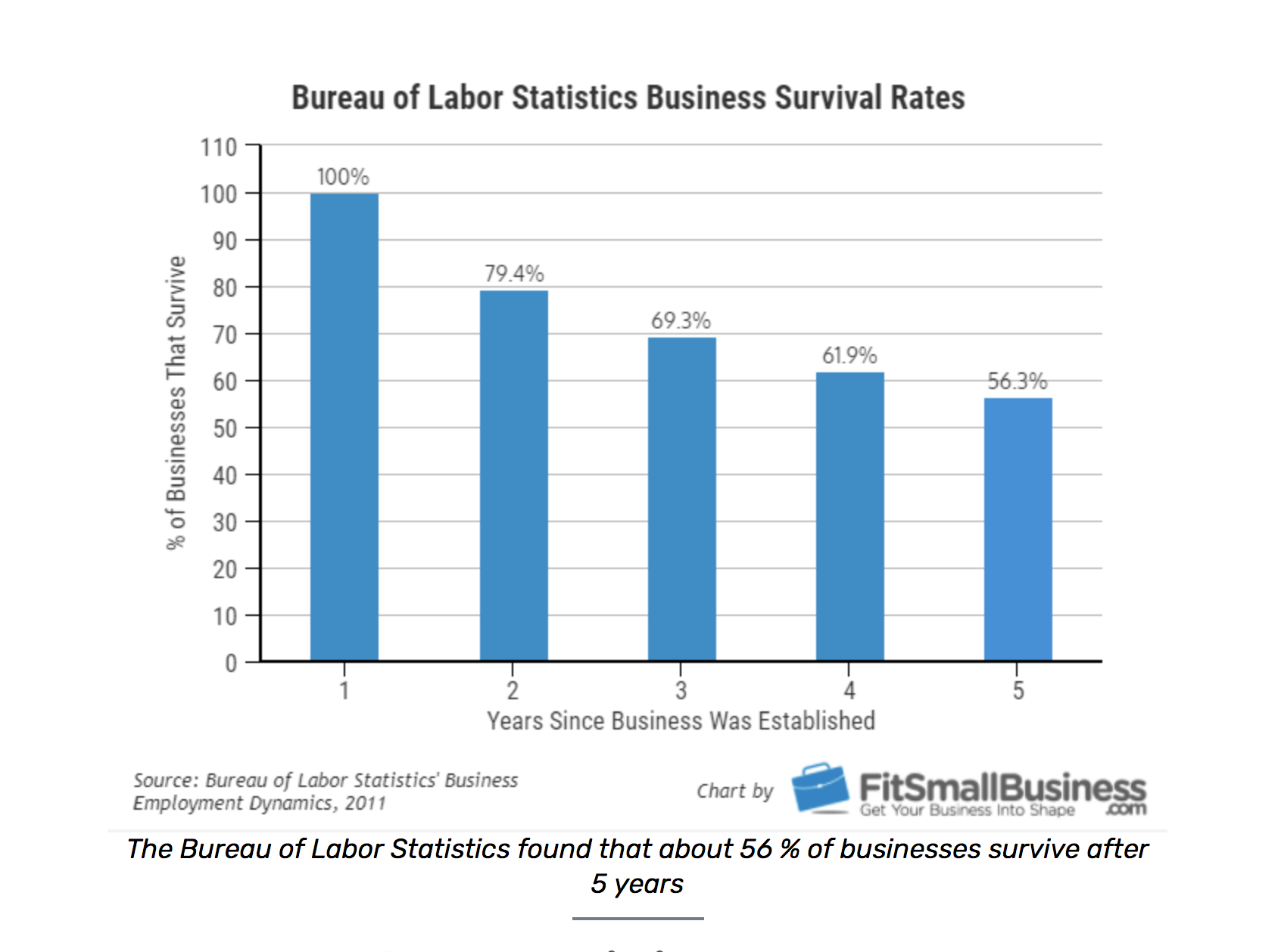 Most of us are hardwired to join the herd. Despite being illogical, it’s rare that a group of people put themselves in physical danger together. The frequency of pending death is very, very low for the leopard attack if you stay with your group, in a well constructed shelter… in the Midwest of the United States. However, let us suppose that 1% of the time the crowd turns into a mosh pit. They go camping in the South African bush just for giggles. The other 99% of the time time they’re safe. However, 1% of the time they have a complete wipe out scenario. This exposure is lethal… and I’m not a fan. It’s the opposite side of the positive outcome about small businesses above.

Physical safety and financial returns are different in fundamental ways. If you could hit the jackpot 30% of the time (and tickets remained the same price), then the magnitude of the outcome far outweighs the frequency. Shoot, if you hit the jackpot 1% of the time, you likely still have positive exposure. It’s no longer gambling. The outcome is in your favor.

My natural inclination is to look for lethal exposures. Is a phase change from water to ice capable of happening? Could this situation experience a tectonic shift? Almost all situations can. For this reason, I consider myself quite risk averse. But, I’m still a business owner to the core.

Business owners are an odd subset. SBA.gov estimates there are approximately 1 million businesses in the United States with $500,000 to $5,000,000 in revenue. While a million companies sounds like a lot when you’re looking for acquisitions in this group, comparing the population of owners to the 325MM population of the United States, that seemingly big number dwindles to 0.3% of the population. A much smaller group owns substantially larger businesses. This is not a normal distribution.

The team here says I fall into and out of love faster than anyone they’ve met. They know I’m not an automaton doing Bayesian math all day. I’m a creative and passionate leader who advances projects on top of good data and sound reasoning. I think I practice this a little more often than the average person. But even if my frequency expectancy is equal to the masses (we all think we are better than we are,) the frank reality is my exposures are lop-sided. I like the math in the “30% of the time you win the jackpot” scenario. I’ll act on that. However, I might miss the 1% situation because I’ve already committed a sizable portion of my bankroll to the easier one first.

Still, I’m wrong all the time. Or, I make judgement errors. I have outcomes I don’t like. It actually happens a lot. I go make a sales call and lose. Does that mean I should stop? Not necessarily. If my close ratio is 30% and the impact of a yes is large, then I should continue!

In the end, it’s important to weight the difference between (and combination of) expectancy and exposure.